Grand Army of the Republic (G.A.R.)

After the Civil War, the G.A.R established posts throughout the country — Newmarket was the 18th in New Hampshire to organize in 1868.  It was a fraternal organization of and for local Civil War veterans.  It assisted stricken veterans, their widows and families. The Post also oversaw Decoration Day (the precursor to Memorial Day), and placed flowers on the graves of the fallen. 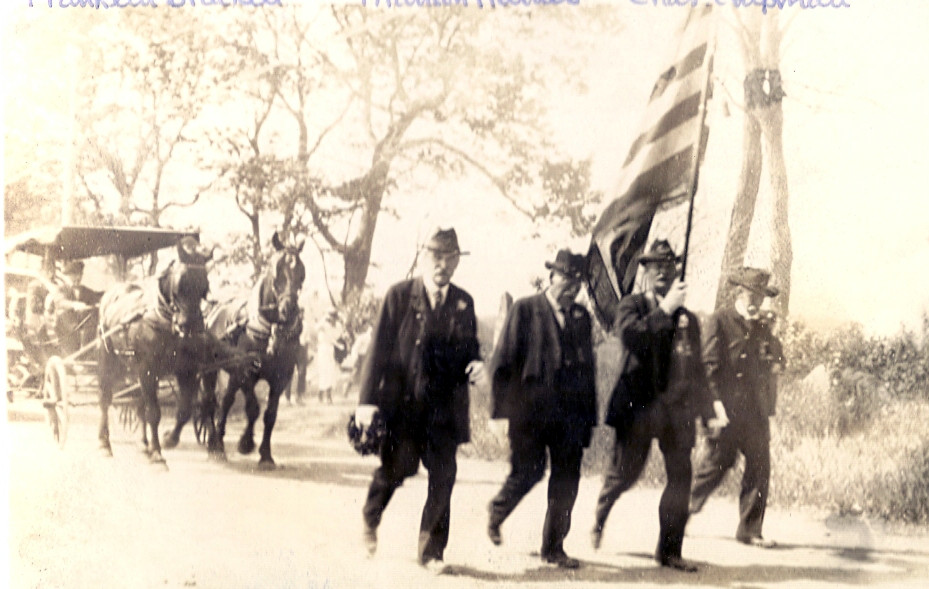 In time there were offshoots — the Sons of the GAR, and a Ladies Auxiliary (The Woman’s Relief Corps which continued in Newmarket up until after WW II).

As members passed,  the G.A.R. eventually was absorbed into the American Legion which includes veterans of all foreign wars and conflicts.  Franklin A. Brackett, a former Police Chief and past Commander of both the G.A.R. and Sons of the G.A.R. died on June 8th, 1934; he was the last of Newmarket’s Civil War veterans.   The Sons  of  Veterans led a large procession escorting him to the family gravesite at Riverside Cemetery.

There were many founding members of Newmarket’s George A. Gay Post No.18 G.A.R.. One founder was also its first commander, Sgt. John J. Hanson.  The Sons of Veterans is named in his honor.  Nationally, the badges/medals worn by the G.A.R. and Sons of G.A.R. were cast from melted down Confederate cannons.

as listed in the Newmarket Advertiser is the following: 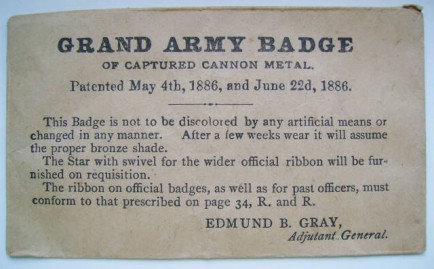 May 30, 1891, will be observed in Newmarket in the following manner.  All members of George A. Gay Post, No. 18, G.A.R. are requested to meet at G.A.R. Hall, Saturday, May 30that 1:30 p.m. sharp, and a cordial invitation is extended to all honorably discharged soldiers and sailors to join with us in the sacred duty that we have to perform on that day.

The Post will form on Main Street, the right resting opposite G.A.R. Hall, (which was above the present day Legion) at 2 o’clock p.m. and proceed to the different cemeteries, to decorate the

grave of our noble dead in the following order:

The Commanders makes this appeal to members of the Post:

“Comrades, Our Duty are plain; as each year roles by, and our ranks become thinner, there is a greater necessity that every Comrade should respond to this call.  We should all feel that we have a duty to perform upon that day which must be attended to.  That while living and able we should be faithful to the trust, so that the generations to come may respect the memory and honor the graves of their fathers.  Then, Comrades, do your duty while living, if you expect your children to do theirs after you are dead.”  By order of John F. Ham, Jr.  Commander.

The exercises in the evening will consist of an open air concert by the Newmarket Cornet Band in front of Town Hall, from 7 to 7:45, after which the exercises will occur in the hall in the 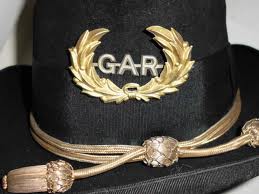 War of the Rebellion Memorial

“This monument honors all 290 townsmen who volunteered to fight in the Union cause 1861-1865.  At the war’s end, the total loss of 22 men killed in action, 9 dead from disease, 40 severely wounded, 86 disabled, and 12 POWs –was a costly toll for the town’s families and economy.  The G.A.R. dedicated this memorial to honor Lt. George Gay who entered the war as a private in Oct 1861.  Wounded at the Battle of White Oak Swamp in June 1862, he was commissioned in the field on 11 Sep 1862.  Five days later at the Battle of Antietam he was killed in action after credited for saving his company from ambush and slaughter.” 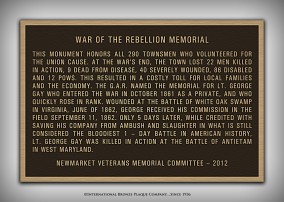 (The Newmarket Veterans Memorial Trust Committee placed the this plaque at the Memorial on 16 Sep 2012, on the 250th Anniversary of the Battle of Antietam.)

The New Market Historical Society would very much like to find “The History of the Post” a pamphlet prepared by David A. Stevens and read at the G.A.R.’s 25th anniversary.  The pamphlet went on for sale by members of the Post, as reported in the May 1891, Newmarket Advertiser; however, there no longer appears to be a copy in existence.